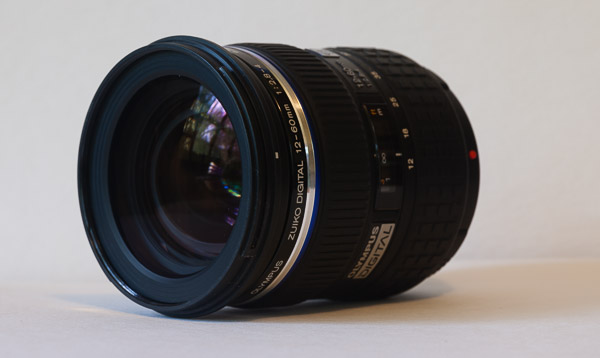 Before there was a micro 4/3 (m4/3) camera system, there was 4/3. A joint effort between Olympus and Panasonic beginning in 2003, 4/3 DSLRs never really took off, but Olympus in particular produced a bevy of very nice lenses for the mount. While Olympus has stopped releasing new 4/3 bodies, the lenses can be used on m4/3 cameras with an adapter. Because 4/3 and m4/3 share the same sensor size, 4/3 lenses are particularly well suited to use on m4/3 in terms of focal lengths, and unlike other adapted lenses, they retain the ability to autofocus, albeit with some limitations.

Why would you use a 4/3 lens on a m4/3 body? The main reason is that as well as m4/3 has done, there are still a few lenses it doesn’t have which and a number of those exist in 4/3 versions. Due to the decline of the format, 4/3 lenses can also often be gotten for cheap, and as noted above, many of them are optically very good.

The primary disadvantage to using 4/3 lenses as opposed to native ones is autofocus, especially speed. While a native m4/3 lens usually takes less than 0.5 seconds to achieve focus, most 4/3 lenses take 2-3 seconds to do the same. Accuracy is also reduced. Another drawback is that there is no tracking autofocus (C-AF) with adapted 4/3 lenses on micro 4/3 bodies. Of course, they will all work fine in situations where manual focus is sufficient, but if you need fast or tracking autofocus (e.g. a moving subject), they generally don’t do the trick. It should be noted that neither of these limitations exist with the Olympus E-M1, which includes special support for these lenses.

The other main drawback to 4/3 lenses is their size. Most are fairly good sized – as large as the larger micro 4/3 lenses – and some are even as large as equivalent full-format SLR lenses from Canon and Nikon.

4/3 lenses fall broadly into 2 categories – those that have been optimized for the new form of autofocus used in m4/3 cameras known as Contrast Detect Autofocus (CDAF) – and those that have not and only work well with a Phase Detect Autofocus system (PDAF). In terms of autofocus speed, it doesn’t really matter which m4/3 body you use or which adapter you use – speed is pretty much the same with all bodies from the past 2 years (earlier bodies do have some differences). All the adapters function identically (there’s no sophisticated motor or electronics inside). The Viltrox JY-43F (available via eBay) is currently the least expensive at around $55, so I’d recommend it.

Note that the comments below on AF speed do not apply to the E-M1 which uses a different system.

These lenses focus relatively quickly – 1-2 seconds is typical. They are also generally accurate. While there are nine CDAF optimized 4/3 lenses, only a few really stand out for use with m4/3. They are:

Most 4/3 lenses, including the very best ones, are non-optimized. That means autofocus is generally slower than the CDAF optimized ones – 1-3 seconds or so. In addition, accuracy tends to be lower, and the you will likely see false confirmations (the AF claims something to be in focus that isn’t). Nonetheless, some of them do make valuable additions to a m4/3 kit, especially if you’re into landscape photography where AF is not as critical.

What makes them interesting is their constant f/2.0 apertures and their unrivaled optics which offer across the frame sharpness at all apertures. With one or two exceptions, they are sharper than any m4/3 lenses in their range, including primes like the Panasonic 25/1.4 and the Olympus 45/1.8.

Because of the price and size, I don’t particularly recommend them, but they are undoubtedly the cream of the crop in terms of optics, and for certain scenarios like video they do offer some impressive possibilities.

The E-M1 remains today the first and only m4/3 body to include phase detect autofocus support.  It does this by incorporating special AF sensors on the main imaging sensor – 39 of them.  What this means is that the E-M1 can essentially focus these lenses as well as or better than Olympus’s 4/3 DSLRs.  Olympus added it precisely so that existing owners of their 4/3 lenses had an upgrade path, a fact they have mentioned repeatedly.

If you are serious about using 4/3 lenses, the E-M1, despite its considerable price, is a no-brainer.  Autofocus is still generally not quite as fast with 4/3 lenses as it is with m4/3 ones (the advantage of newer designs), but the difference is not large.  And with the E-M1, you do get C-AF with 4/3 lenses, although there is some debate as to its effectiveness (to be fair, 4/3 DSLRs also lagged on C-AF performance).

Naturally, there is a catch.  The AF sensors on the E-M1 are not cross-type, but horizontal.  What this means is that they can detect contrast in the vertical direction, but not in the horizontal one.  In short, if you’re focusing on an object with only horizontal lines, you will have trouble.  For this reason, it is often advisable to use one of the multiple-AF-point modes on the E-M1 (9 points is particularly popular) rather than a single point, which may occasionally not have sufficent contrast to focus.