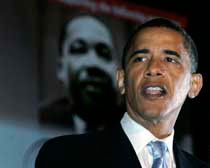 In spite of the fact that I spent most of the day locked in a padded cell somewhere feverishly muttering Arabic vocab (okay, the library, not a padded cell), today was dominated by two statesman.

First came the subject of a talk by one of Columbia’s Ottomanists, Prof. Philliou: one Stefanaki Bey. Actually, as she explained, he had about as many names as layers of identity. Which is to say, he was born in present-day Bulgaria in the late 1700s (an Orthodox Christian), spent many of his early years in present-day Romania where served in the bureaucracy, served the Ottomans in various consular and diplomatic posts throughout the 1830s and 40s (having the privilege of both weekly audiences with the sultan, and the ear of the British ambassador), and spent his last few years as titular head of what was essentially a sort of justice ministry. Here’s a Bulgarian Christian who keeps private correspondence in Greek, is a close confidante of the sultan, and ends up serving the empire from the end of the Napoleonic Wars until after the Crimean War (indeed, he was one of the few Orthodox Christians to continue serving in the Ottoman bureaucracy during and after the Greek War of independence). Fun presentation, at which I saw all manner of folks from the previous semester.

The other statesman in question is of course the inestimable Barack Obama who seems to have inched a good bit closer to declaring a run for the presidency. He is, as we’ve seen so far, a sharp guy and a great speaker. And let’s face it: it’d be nice to have someone who isn’t a Protestant white guy running the show for a change (which is why it’s too bad Russ Feingold isn’t in the race). That said, Obama has so far been long on rhetoric, short on details and results. His comments about Iraq have become increasingly equivocal, while those on Iran are deeply troubling. He reminds me, in short, of no one so much as Bill Clinton: great with words, but we’ve no idea what lies behind them. Are we getting JFK (who was after all a moderate liberal cold-warrior who had few real achievements) or MLK?

Stefanaki Bey is a good argument for why studying history can be fun. What type of political lesson will Barack Obama be?