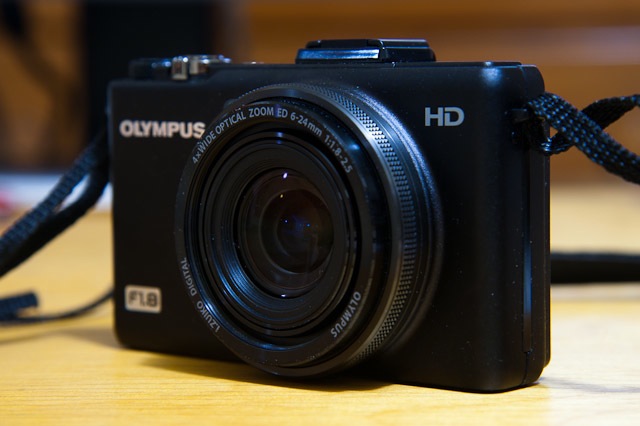 I’ve been looking, on and off for a serious compact digital camera for quite some time. It’s not that I’m unhappy with my DSLR, but I have developed a certain lack of enthusiasm for carrying it everywhere. The DSLR is large, heavy and obtrusive. People notice me carrying it. I notice me carrying it. For quality, it can’t be beat, but for activities where photography is the primary goal, it often seems like overkill.

My search began in earnest after a couple of trips last summer where I was forced to put the camera away in the pack to keep it from interfering with climbing. While this helped with climbing, it also meant that I missed photographing a number of interesting moments.

The problem with most compact cameras is that after using DSLRs, it’s hard to avoid noticing where they come up short, namely control, ergonomics, speed and image quality. It’s a pretty damning list considering that only the last item, quality, can really be excused by the size of the camera.

Still, proceeding on the slightly-overused adage that the best camera is the one you have with you, I’ve been surveying the possibilities based on reviews and samples. In order of examination they were…

Panasonic LX3. I loved the LX3’s controls and the speed was reasonable enough. Unfortunately the range of the lens (24-60mm) is pretty restrictive and the image quality, even for a compact, is not especially good.

Canon G11. Unlike the LX3, the G11 offers pretty much the best quality of any compact. The controls aren’t half bad either. But the G11 is almost halfway to being a DSLR in terms of size. Not the sort of camera you might take everywhere without thinking twice about it.

Canon S90. The S90 takes the G11 and puts it in a smaller body, with a smaller lens. That means the quality is good, but you hit f/4.9 at 90mm. That’s unhelpfully slow when it comes to low-light photography.

Panasonic LX5. Similar to the LX3 but with an extended lens range. Unfortunately, quality hasn’t changed noticeably. Still, all in all the most interesting lens range (24-90mm) available in a serious compact camera.

Olympus XZ-1. Compared to the LX5, the XZ-1’s controls aren’t as good and the lens isn’t as wide. It does however have a significantly brighter lens – nearly a full stop at the long end – and offers the possibility of really good electronic viewfinder (the LX5 one is pretty mediocre by comparison). Image quality also seemed to be a step up.

After going back and forth several times, I settled on the Olympus XZ-1. I’ve now had the camera for a few weeks. Initial impressions are pretty good. It’s no DSLR, but the combination of a fast lens (f/1.8-f/2.5) with a useful range (28-112mm) and a compact body was enough for me to take the plunge. I guess the proof will be on the next climbing trip I take – do the images benefit from a having a camera accessible pretty much always? I’ll let you know when I found out.

Below: A view from Ed Levin park a few weeks back with the XZ-1. 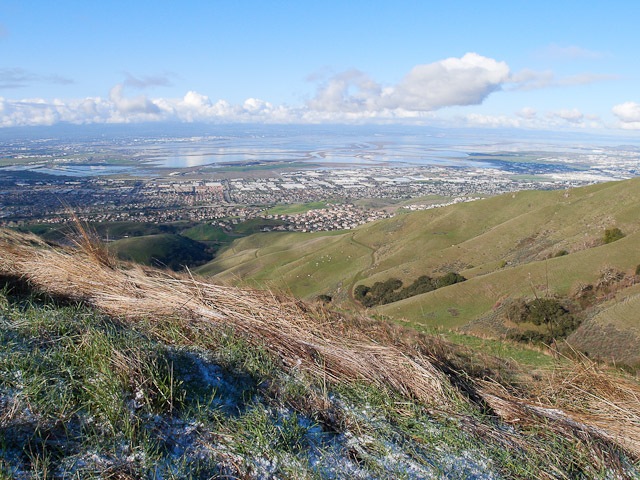