I do a fair amount of walking and hiking when time permits.  For the last 2 years or so, I’ve been taking my Nikon D700 camera along on most of those trips.

The D700 is considered by Nikon to be their lower-end professional model.  When it came out, it basically offered the same sensor and performance as their top-of-the-line D3, but for $2000 less in a more compact body.  The D700 was missing a few features compared to the D3, but on the basic criterion of image quality and operating speed it is essentially the same camera.  In short, it is (or given the speed of digital development, was) a pretty fancy camera.

The D700 was designed as an all-around workhorse.  It has a sensor that performs very well in low-light, a rugged body designed for heavy use, a sophisticated autofocus system, the option of high-speed continuous shooting, access to a high-end flash system, and of course most importantly a huge stable of lenses.  In fact, the D700 can more or less use unmodified any Nikon lens manufactured since 1977.

The main problem with the D700 is that it’s not the most practical hiking camera.  The body alone weighs more than 1kg, and with lens and odds and ends, the whole package is a 2kg anchor hanging on my neck and shoulders.  This is particularly problematic when on steep terrain when hands are needed for balance.  I’ve toyed with various smaller options, but all have had shortcomings, and I’ve always felt a bit guilty about leaving my ‘good’ camera at home on trips.  After all, I got it to use, and hiking trips are where I do most of my photography!

My latest attempt to replace the D700 for hiking is with a little Olympus XZ-1 compact digital camera that I picked up back in March.  As compact cameras, I’m convinced it’s among the best currently available.  So on my most recent trip, I did a few side-by-side photos with each.  Here’s one example, after some post-processing (to adjust for white-balance, colors, etc. 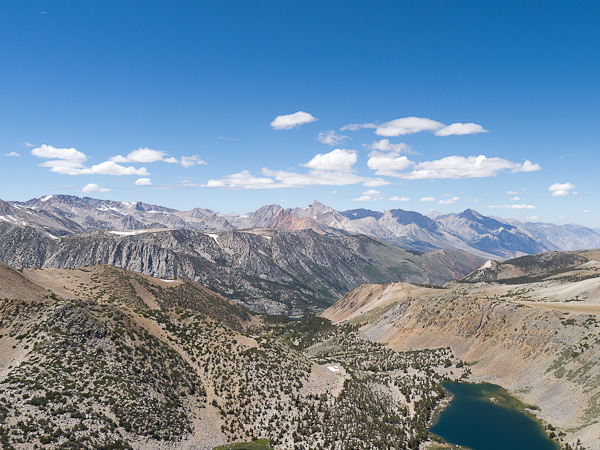 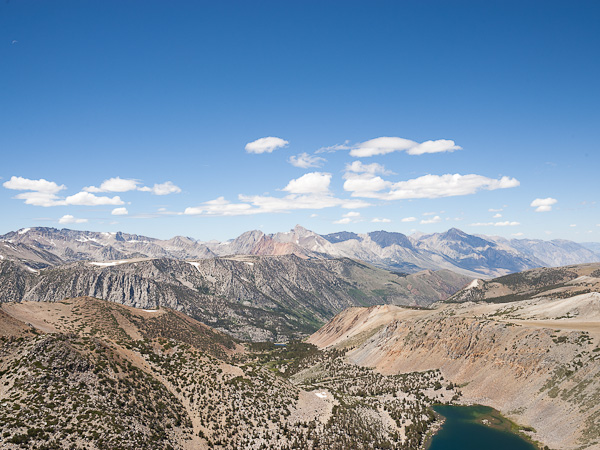 Not exactly a huge difference.  Of course, you can argue that  600×450 pixel images aren’t exactly a challenging test for today’s cameras.  That’s fair, as far as it goes.  So let’s zoom in to 50% (meaning each 2 horizontal pixels in the image will be mapped to 1 pixel on the screen).  The D700 is on the left. 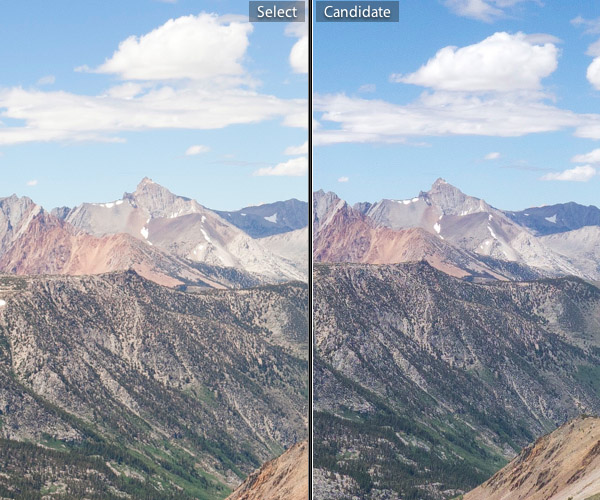 Aside from some slight color differences, and the fact that the XZ-1 has only 10MP (making the image look slightly smaller), the results are still pretty close. 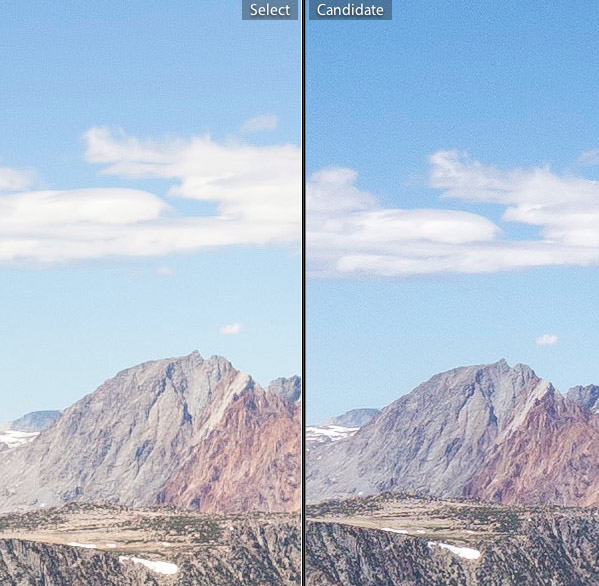 The main distinction is that in applying sharpening to match the D700’s level of sharpness, the image from the XZ-1 has picked up some fairly visible sharpening artifacts.  Of course, I could use less sharpening, but then the parts of the image with fine details wouldn’t be comparable.

Still, most of the time you’re not going to display an image at a magnification level where this sort of thing is an issue.  And in that case, at least under good conditions (the sort I usually like to hike in), the XZ-1’s images definitely seem close enough*.

(*The main caveat is that these images have not been post-processed substantially.  In particular, changing exposure, lifting shadows or attempting to recover highlights in post-processing with the XZ-1 will degrade the image considerably more than with the D700.  But that of course is why one camera weighs more than 5x as much as the other!)