One of the more exotic sorts of lenses available for interchangeable lens systems (mainly SLRs) are tilt lenses.  These lenses have a mechanism that lets you tilt the lens with respect to the film plane (normally, a lens is precisely perpendicular to the film plane).

The main disadvantage of tilt lenses on SLRs is that they tend to be specialized and expensive.  Canon and Nikon between them offer a total of 7 models currently that allow for tilt.

However, with mirrorless formats like m4/3, some enterprising folks have added in a tilt mechanism to the standard lens adapters for common mounts.  As a result, I was able to get ahold of a Nikon-to-Micro-4/3 adapter which provides 8mm of tilt to any Nikon lens attached to it.  This includes a ‘Coligon 28mm f/2.8 lens in Nikon mount that I recently acquired for the princely sum of $20.

Below is an example of the sort of selective blurring you can get by tilting.  I’ll be trying the adapter with more lenses in the future.  In many respects mirrorless systems are actually better for using tilt lenses because it’s very easy to magnify the view in the viewfinder, to ensure that the correct region is in focus (all tilt lenses currently are manual focus). 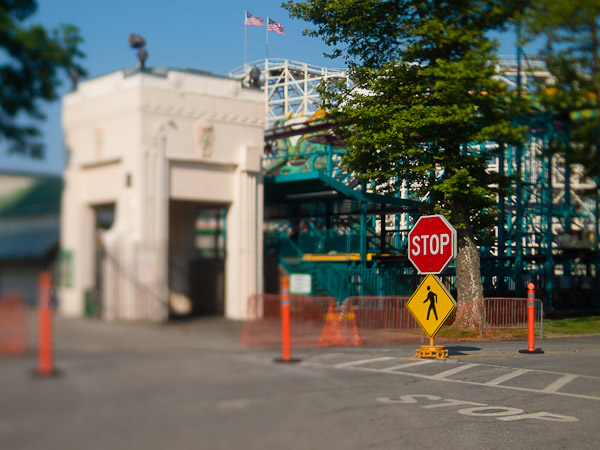