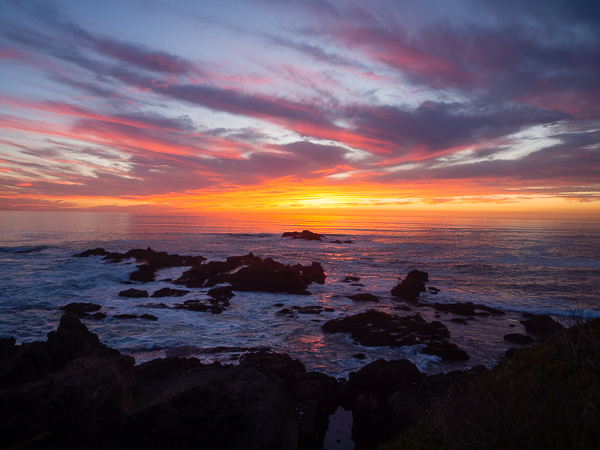 Most product reviews are made shortly after the product is released.  The idea is to get the word out while the thing is still new, so people who are considering getting it have some idea of what they’re in for.  The disadvantage is of course that some things become apparent only with the passage of time

So with the benefit of 14 month’s hindsight and more than 15,000 images since my original review, would I still choose the E-M5 as my primary camera?  Has it lived up to expectations?  My answer is below.

The E-M5’s image quality was one of the main things that attracted me to it.  It was the first m4/3 camera to claim comparable quality to its larger-sensored competitors (cameras in the <$1500 range).  In particular, the E-M5 promised well-controlled at typical ISOs, dynamic range was excellent, and the weak low-pass filter meant it captured fine detail quite well.

Overall, image quality has met those expectations.  Indeed, I’ve discovered that with careful exposure (ETTR), noise and dynamic range are even better than what I saw initially.  About the only time the camera’s output disappoints is in low light at ISO 3200 and above.  Since using faster prime lenses (f/1.8 or better) indoors lets me avoid ISO 3200+, this hasn’t been a particularly serious limitation.

Happily, there have been no issues regarding artifacts in the images.  The light low-pass filter means moire is a possibility but I really haven’t run into more than a handful of times.  Color banding at high ISOs has been a common feature of many past Olympus cameras but I have yet to come across an example of it in my photography with the E-M5.

Despite being a small camera, I have found the E-M5 handles fine with a variety of lenses, big and small.  Admittedly, I have small hands, but I did not even find the optional handgrip necessary with my largest lens, the (4/3) 50-200/2.8-3.5.  With small lenses, I use my right pinky under the camera for stability.  With large lenses, my left hand carries most of the weight.

Lots of folks who see the E-M5 ask me whether it’s a film camera.  I suppose the angular hump above the viewfinder and the silver-and-black color scheme betray a certain nostalgia on the part of Olympus’s designers (as does the model designator – OM-D).  Aesthetically, I don’t mind the retro vibe but I do wish the viewfinder hump were less pronounced as it makes the camera substantially more awkward to store.

The E-M5 does not lack for controls.  Two dials, a four-way controller, and no less than eight other buttons guarantee that.  Moreover, the dials and many of the buttons can be customized, so whatever one’s preferences, it’s easy to make sure the items you need are ready at hand.  The E-M5 does have a touchscreen, but I’ve never used it.  I guess I prefer to do things the old way.

Unfortunately, in stuffing so many controls onto the back of the camera, along with a 3.0” LCD, they had to make some compromises.  The buttons are just too small, even for my hands, and they’re all but impossible to use with gloves.  Olympus needs to steal a page from Nikon’s playbook and go with fewer, larger buttons.  Another thing they should steal from Nikon is the placement of the on-off switch, which is both inconvenient and prone to accidentally being flipped when the camera brushes against something.  The feel of the four way controller is also oddly unsure – it’s hard to tell if you pressed a button fully or not.

On balance I’ve adjusted to the quirks of the controls and many of the things I found irritating at the beginning I no longer notice.  Unless I’m wearing gloves, the controls, if not ideal, are at least serviceable.

The most intimidating thing about the E-M5 is the list of customizations.  This is a camera that has at least twice as many options as my Nikon D700 did.  The good news is that 90% of these you can set and forget.  Certainly, I don’t find myself in the ‘Custom’ menu very often.  Once those are set up and the Super Control Panel is enabled, the camera isn’t really any more complicated than your typical DSLR.

In use, the camera is generally quick and responsive.  The delay between turning the camera on and being able to shoot is less than the amount of time it takes me to raise the camera to my eye.  Autofocus with native lenses is fast and accurate.  Compared to the high-end DSLR I used to have, I really don’t feel that I’ve missed much.  On the whole, the camera does an admirable job of just getting out of the way and letting me photograph.  Aside from image review which is strangely slow and unintuitive, speed is not an issue.

One early issue I had was with batteries.  Olympus charges a pretty penny for brand-name batteries so I opted for a set of clone batteries off of eBay.  Big mistake.  Not only did the clone batteries offer wildly inconsistent amounts of batter life but one by one the cells inside swelled up, making it so that they would not fit into the camera.  Eventually, I tried Wasabi-branded clones from a store, and have had no trouble since.  Battery life is quite good – 700+ shots – although it does drop drastically once the temperature sinks below 40 F.

I use my E-M5 mostly like a DSLR – holding it up to my eye when I’m shooting and using the electronic viewfinder.  However, for low-angle or overhead shots, the tilting rear LCD is quite useful.  Because the EVF can display a live histogram (including highlight/shadow indicators) and magnify the frame, there’s very little need for me to review an image after I’ve taken it.  I can see the image before pressing the shutter as the camera sees it.

One feature I’ve barely used is video.  This is no reflection on the quality, which is quite decent, but upon my interests, which are still photographs.

Unlike my old DSLR, dust on the sensor has not been an issue with the E-M5.  In general, it seems that m4/3 cameras don’t suffer from dust, but it’s a welcome relief when I download my images after a photoshoot not to have to spend half an hour cloning out dust spots.

The only feature that I’ve tried where the E-M5 really hasn’t been up to the task is tracking (predictive) autofocus.  While the camera can actually photograph at a very high framerate, it’s autofocus system just isn’t able to follow a moving subject as it moves.  Autofocus without tracking is great, except with adapted 4/3 lenses.  Both of these issues seem to be addressed in the recently released (and much more expensive) E-M1.

The E-M5 has yet to let me down.  The closest call came a few months back when the camera accidentally got turned on during a hike and managed to format my memory card.  Happily, I was able to run recovery software and rescue all the images.

Both in trips to Niagara Falls and the Peruvian jungles, the camera has done fine despite high humidity and moisture.  I don’t know if the credit goes to the weather-sealing or just good luck, but the bottom line is the camera emerged unscathed and I had no problems capturing images.

Cosmetically, it looks okay, but the silver finish is coming off in a couple of places.  I am slightly irritated that the labeling for the on-off switch has essentially rubbed off, but at this stage my fingers know which position is which, so I get by okay.  Despite being dropped short distances on several occasions, everything is still fully functional.

That the E-M5 was the right choice for me is evident by the fact that, 14 months later, there is still no replacement that I would choose.  It’s not a perfect camera by any stretch (the button and on/off design is particularly unfortunate) but based on the images I’ve gotten and the general ease with which it lets me take my photos without getting in the way, I give it my wholehearted recommendation. 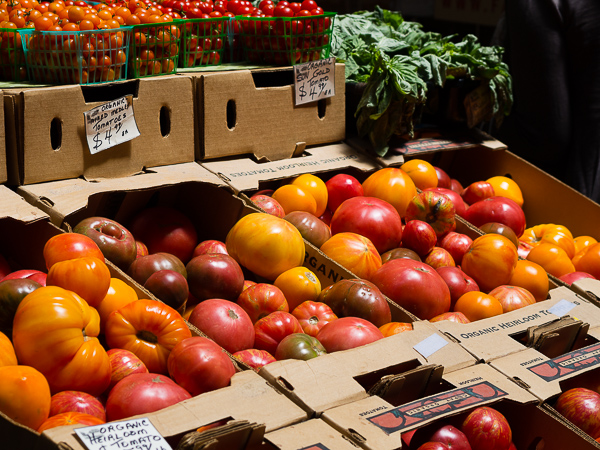