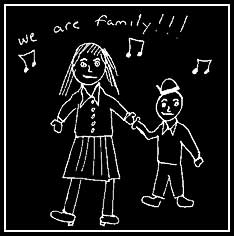 Today was to have been a major study day. But my cousin turned up, and as he’s starting NYU a good week late, I figured I’d help him orientate. He came down from a relative’s place around noon, and we had a quick lunch together, before pointing out the major campus buildings. There’s really not much of a campus per se, but of course, it’s good to know what is where. He even managed to get in to the library without an official ID card, as the security folks apparently issue temporary ones.

On the other hand, we had a devil of a time setting up wireless internet access on his machine once inside. Yes Windows does stink. Thanks for the timely reminder. With all that done, I did manage a bit of reading, before we both left around 8PM. The library really does fill up on Sunday afternoons.

The apartment definitely felt a little lonely. The roommate’s there of course, but conversations with him don’t quite fill the void.