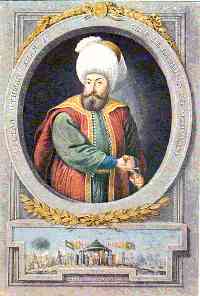 Main event of the day was my first real seminar (last week’s ones were all preliminary). Unfortunately, we were stuck in a lecture class, which altered the dynamics considerably. The day’s question: how and why did the Ottoman Empire come into existence. It’s a question that becomes a lot more complicated when we realize that the empire doesn’t really keep any records until the 15th century.

One attempt to answer, which we read for today’s discussion, dealt mostly with literary sources, poems, legends and the like, that purport to give the origins of the Ottomans. It’s fascinating because the historical analysis itself gains a somewhat literary quality. And the fact of the matter is that we really don’t know. It could all be true, or almost none of it true. But either way, we’re left with the issue of explaining why a small Anatolian principality became one of the most powerful and long-lived states in the world in a few short centuries.

The rest of the day was preparation for tomorrow’s classes.