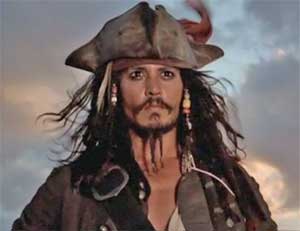 First order of business this morning was to finally get down to the post office and mail some things. It was embarassingly close to the Apple store, so I don’t know how I missed it when I was down there yesterday, but I did. Seems like every time I send something, stamps cost a cent more. $0.39? I remember $0.25.

Speaking of the Apple Store, I did pop in. I fiddled with one of the Macbooks. Problem is, I don’t particularly care for the keyboard. It also doesn’t have a docking station, so even when it eventually comes out with a Core 2 Duo processor, it may not do so well replacing the Compaq. Meanwhile, I test pi_css5 again on the Mac Pros. Quite fast, and this time I’ve recorded the results. May need a new benchmark again, it’s becoming too fast. 16 million digits, perhaps?

Another item on the list was my flickering monitor. Took it back to Best Buy. Of course it wouldn’t flicker. Took my computer down to demonstrate. Still didn’t flicker. Very weird. My roommate was there this morning when it was doing it, so I’m definitely not imagining. Fine now though. I realized that the laptop does DVI, so I’m using that cable now. Maybe it’ll help.

I walked about a bit in the afternoon too. A nice day all around, so I even paid the Trader Joe’s near Union Square a visit. They deliver! Hooray! Surprisingly, their selection was a bit more limited than the one in Menlo Park. Space constraints I suppose. Boy was it crowded.

I’m a big fan of mail, so it was with interest that I discovered a package, addressed to me, from Tel Aviv. Odd, I didn’t know I had friends in Israel. Turns out it was a book my uncle ordered for me (thanks!). Arabic stories, you see, with a good glossary, compiled by the last British commissioner of education in Palestine under the mandate. The book itself is the original 1948 printing. A genuine classic. Hopefully it will survive well here.

I had an exceedingly long sit with a biography of an Ottoman bureaucrat, though I’ve still got plenty to go. Trying to avoid doing all my readings at the last minute. Should make for better results, I trust.

Dinner was potatos, bread, cheese, olives, hummus and pickles. It was actually a pretty good combo. After dinner, I decided on a whim to get a movie from Apple’s store. I’m a fan of “Pirates of the Caribbean” (the first one), so there was no difficulty choosing. The movie downloaded fine (weighing in at 1.3GB), but playback was disappointingly choppy. Even after upgrading to iTunes 7.0.1, it was still a bit unsteady.

Admittedly the movie isn’t quite a classic, but something about the way Johnny Depp struts around and talks just fascinates me. A beautiful combination of inappropriate bravado and wit. Sailing in on a sinking ship, making smartass comments waiting for the noose, and so on. All good fun.

Plus with the torture and spying laws Congress is passing, we’ll need all the humor we can get to survive the next few years. That and a one way ticket to a more civilized part of the world.