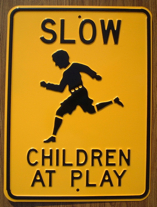 So I had three major goals in mind for today.

First was to get ahold of some whizbang technogadgetry capable of backing up my now defunct laptop. A brief stop at Fry’s got me that, in the form of a nice 2.5″ HD enclosure. It’s a particularly neat little enclosure in that it has a battery and a mode to back up attached storage without being connected to a computer. My camera’s 4GB CF card suddenly seems bigger.

Continuing with the whole meeting-folks-I-haven’t-seen-since-prehistory thing, I went to Palo Alto and had lunch with T-. On the surface, neither Palo Alto nor T- seem substantially changed since last August, which is mildly comforting. Maybe I can keep up with the world after all? Either way, the mint-flavored hot chocolate was an inspired moment of lunacy, which I hope to repeat soon.

The final step of my evil plan consisted of getting into the vaults of Stanford’s Green Library for a little R&R err… a book that NYU does not possess. Clearly, I failed to properly appreciate it when I had easy access. Mission accomplished with a minimum of hassle (hey, the alumni card is worth something), though it was a bit of a shock running across a former classmate who is now (as of 2 months ago) a father. True, he’s a doctoral student, but he’s not _that_ much older than me. Question: which is more stressful, oral comprehensives or a 2 month old? Answer: I don’t intend to find out.