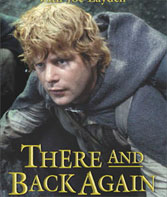 Apparently a good anti-dote to my typical morning empty-stomach queasiness is a banana. Leastways, it worked like a charm on this particular morning. And why not generalize?

Putting together all the hiking equipment, plus a generous assortment of goodies for lunch (which would have been more generous still, had we not been largely out of high quality trail munchies) didn’t stop me and Dad from making it to the carpool lot at the 35-92 intersection just after 9AM. Cousin M- was already there, so we loaded ourselves into his car and took off. Traffic into San Fran was pretty scanty, and we made our way up Sir Francis Drake drive and into the Point Reyes National Seashore in pretty short order (ie about 2 hours, including a stop at an Inverness bakery that didn’t have any bread).

We conveniently got the last semi-legitimate parking at the Egere trail lot. Amidst the wind and hordes of other folks, we roped up (figuratively) and were off a bit past 11AM. Our trail, destination Sunset Beach, brought us down the hill to cross a lagoon/estuary on a peculiar little bridge. Where the ocean left off and the streamhead began was somewhat indeterminate, but the whole scene was pretty idyllic, save for a slowly receding bank of high clouds that resulted in blown highlights in most of my photos. The trail itself was quite ‘fresh’ courtesy of recent rains, so we worked hard not to acquire too much genuine northern California dirt ascending and descending several long hills. The view of the Point Reyes coastline with its miles of cliffs and rolling hills were marred only slightly by a driving wind that did its darnedest to delay and divert us at several points. Indeed, the final stretch down to the beach considerable insight into the phrase ‘sailing into the wind.’ M-‘s enormous backpack (containing copious camera paraphernalia) did not simplify matters.

The beach we reached continued beyond the little bay we saw for quite some ways. Desirous of wider vistas to accompany lunch, we followed it towards an apparent cape. Rounding this presented a long rocky coastline, terminating in what binoculars indicated was a long sandbar, complete with hikers, enormous quantities of seabirds, and not a few seals. Indeed, as we watched, a number of large polished black stones appeared and disappeared beneath the waves mere yards away from us.

Lunch was a leisurely affair on the farthest beach we could comfortably reach before the rocks became too slippery to continue. We were surrounded by about 25 folks from some sort of a group outing, also lunching. They had good carrots. Our return proceeded apace, with the frequent tailwind speeding us along. Even though it was only early afternoon, the low sun made for a curiously mellow spectacle. Still, we had 3 pairs of sore feet as we crossed the final bridge and worked our way up the final hill (almost walking right into a group of deer, who we saw at the last possible instant).

Before going back, we decided on a detour to the lighthouse at the extreme end of the cape. We were slightly late though, so we had to watch sunset a few miles shy of the destination. Figuring we might as well finish of what we’d started, we faced many large slow moving obstacles in the form of cattle being moved from one side of the road to the other. The parking lot below the lighthouse wasn’t as wet as it has been 8 months before when I’d visited for spring break, but the gale ripping around the area was enough. After more scrambling around in the dark than was truly advisable, we passed the lighthouse keeper’s place (illuminated by an otherworldly post-sunset glow) to finally admire the lighthouse and ocean. Our admiration for the colors of the sky and the brightness of the lighthouse’s safety light was tempered by several almost-lost hats and a wind chill that took the temperature down at least 30 degrees.

Returning from Point Reyes was a relaxed affair, via the same route we’d come. In San Francisco we stopped at Fisherman’s Wharf for dinner. The unseasonably clear weather apparently hadn’t kept the New Year’s tourists at hand, as the crowds were quite manageable. A San Fran sourdough bowl full of clam chowder later, we resumed the drive back, and I made a valiant rear-guard effort against drowsiness that decisively failed. Indeed, I was fast asleep within mere minutes of arriving home at the ungodly late hour of 10PM.