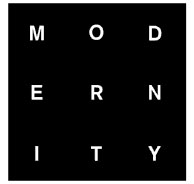 Well, apparently my e-mail server has been missing some of my mail. Nice of it. Not quite sure what to do.

The history seminar today treated the question of modernity in the context of the Middle East: when and how does the modern Middle East begin?

The conventional wisdom, at least up until a few decades ago, was that the decisive rupture was the 1798 invasion of Egypt by Napoleon. This paved they way for Mehmed Ali’s modernizing project, the Ottoman Tanzimat (reform) period and so forth by introducing regions of the Middle East both to European technology and to European ideas.

Unfortunately, all this leads into a question of what constitutes modernity, and, as we proved conclusively in our discussion, that leads to semantic quibbling. And at a certain point, such a discussion becomes so abstract as to become essentially meaningless.

Despite the professor’s efforts to steer us toward more productive avenues, this is precisely what happened.