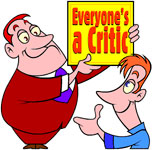 Today’s anthropology discussion was kept veering off into dangerously abstract territory. I think I made one useful point the whole time. Granted, I thought it was a pretty good one, but it hardly suffice for an entire 2 1/2 hour discussion. I have discovered that our section is divided, more or less, into 3 categories of people. We have the contrarians, who will find basically find anything examined unconvincing. Their skepticism strikes me as partly a lack of imagination: if the author didn’t include persuasive backing for each point made, their point cannot possibly be accepted. The accomodationists on the other side attempt to forge common ground and linkages between everything. While nice, this will often lead to making claims that are very hard to see in the author’s original work. Finally, there are the folks who aren’t really too sure, and vacillate back and forth, like myself.

The other main item of the day was preparing a presentation for the history class tomorrow on reform in the Ottoman Empire in the 19th century. It was a group thing, and so me and my partner had a short meeting to hash out the details. What fascinated me is that while my partner was quite well prepared (vastly better than me), she was also substantially less sure of herself. Leaving aside why that is (unanswerable by me), I was particularly surprised that she seemed slightly intimidated by last week’s presentation, as beyond her grasp (which she took to be her fault). From what I gathered, the presentation was mainly notable for its lack of clarity and poor organization. That is to say, what my partner took for profundity, I took as sloppiness. I could, of course, have completely missed the point altogether. Maybe. But I do begin to suspect that a lot of what passes for sophistication, intricacy and brilliance may simply be stuff that isn’t being explained well. There are undoubtedly bona fide complex ideas, but more often than not, I’d say fancy ideas are really just simple ones explained badly. That message from our in-house reductionist.