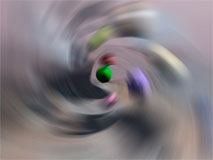 Today was rather sketchy. And by sketchy I mean blurry.

The morning was mostly occupied by Arabic. But I also had to finalize my fellowship application, which meant crafting that statement of purpose. What I really hate about writing a statement of purpose is that it makes me sound as if I bragging. Despite what many people no doubt think of me, I really have always preferred understatement to overstatement, and yet this is a case where understatement doesn’t work. At least not any more (the transcript isn’t quite what it was back in the halcyon days of high school). Nonetheless, I did pull together something, and turned in all the requisite materials to the office, on time.

An unfortunate side-effect of this was, however, that not only did I not start out writing my presentation until late, but I cleverly managed to quite without saving. So I spent the first half of the history seminar nervously trying to compose my thoughts and an outline as the professor detailed the transformations wrought by colonial powers in Algeria and Egypt during the 19th century. These, not coincidentally, were exactly the same examples my adviser used in a course I took almost 2 years ago in Paris. The presentation itself was reasonably smooth and clear, if not exactly polished and engrossing. The ensuing discussion actually worked pretty well: we remained within the realm of hard facts, avoiding meta-level digressions.

Feeling I had earned some sort of reward, I spent the evening musing about MacBook Pro expansion options (mainly storage related) and eating a large chunk of pie.