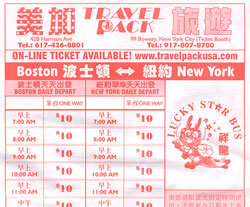 Everybody up relatively early for breakfast. F- has an excellent waffle maker, which she made ample use of. My kitchen seems significantly understocked and underdeveloped by comparison (not to mention undersized). I guess that’s our difference in philosophy. I’ve tried to stick with minimalism, they’re living comfortably. I always thought it would be really nice to be able to live out of 3 suitcases, and be to leave for anywhere or anything at a moment’s notice. This does however cut down on certain niceties (to be fair, I don’t think I could fit all my stuff in three suitcases now either, the printer’s too big, as is the kitchenware).

So yes, we ate breakfast, chatted a bit, said goodbye, and I was off. Indeed, I was so lucky with the subway and finding my way back to the bus terminal, that I had to wait almost half an hour just to board the bus. 11AM Sunday is a lot more popular than 7AM Friday. En route, we actually had a substantial amount of light snow going through Connecticut. Once again, we had a stop about midway through. Now that the weather was gloomy and I’d been down the route once already, the scenery was a lot less interesting, so I dozed, listened to music, and avoided finishing the class readings I’d dragged all the way up with me. Once again, ambition met reality.

Reality became particularly annoying coming over the Brooklyn bridge into Manhattan. We admired the back of the same semi-truck for almost half an hour as we inched across that bridge. I was back at my apartment at 4PM, happy to discover my hard drive upgrade for my laptop had arrived, but that the tools necessary for it had not. I wound up walking around lower Manhattan in search of a hardware store and a T6 torx screwdriver for a good while.

While upgrading the RAM on a MacBook Pro is easy, upgrading the hard drive on an MBP is not. You have to not only take out the battery, RAM cover and RAM, but also about 20 screws in order to remove the upper case. The upper case was not especially cooperative, and it took a great deal of fiddling and cajoling to open it up. Worse, there was one screw holding the old hard drive in place (ironically, a philips) that I absolutely could not remove. Defeated, I put the laptop back together (and shockingly, did not lose any of the screws in the process) and moved on to the more productive pursuits of catalog the trip’s photographs (not as many as I’d planned on taking), answering some outstanding e-mail, and finally starting some of the reading packets I’d dragged up to Boston with me.