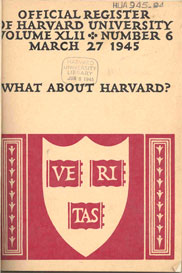 Chinchillas are, as I was unambiguously reminded last night, nocturnal animals. I slept well, but not deeply enough that I didn’t wonder, on more than one occasion, whether one of the Chinchillas had succeeded in upending his/her cage. The guinea pig (loose) who liked to site and bark under my bed was by way of comparison only a minor distraction. As I was the first awake (aside from the still active rodents), I had a few hours to quietly manipulate camera settings and read Arabic.
Around 10AM, I left to meet up with another friend (Q-) at Harvard. This being my first time actually in Boston, let alone at close proximity to the definitive ivory tower, I suggested we just walk around the area. Fortunately my 4 or so layers, my gloves and the periodic sun meant that our rambling through Cambridge and the Harvard campus could occur at a leisurely rate (aside from occasional rapid acceleration and deceleration courtesy unshoveled sidewalks). Certainly, by the end, I had a proper appreciation for the fact that but for the weather, Cambridge has Palo Alto beat in just about every significant metric (save dot-com yuppy density). A very nice town, complete with all sorts of random hole-in-the-wall type establishments (like the little yellow cafe we had lunch in). As for Harvard itself, we had a good time launching snowballs near the Semitic Museum and watching kids ice-skate by one of the cafeterias.

I headed back to Z-‘s in the afternoon, where everybody, including the chinchillas were having a relaxed time of it, especially when they got to have a dust bath. Z- and F- were also in the process of planning for the arrival of no. 15, as well as a chin show, to be held out in Pennsylvania in April. For dinner, I saw Q- and this time N- as well (before today, I hadn’t seen either since graduation, last June) out at a Malaysian restaurant, where I ordered something good, exotic, and puzzlingly expensive. Everybody seems to be getting along nicely (should I have gone to Cambridge too last fall? Hmm…). Was tired enough to call it a night shortly thereafter.