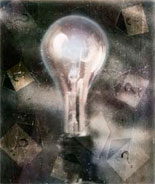 I am almost, but not quite, sick today, with a major headache and sore throat, hopefully due only to the dry air. This afternoon’s anthropology discussion was challenging, not least because we seemed, as usual, to be mostly playing with abstractions. We’d read the previously mentioned “Markets of Dispossession” by Julia Elyachar. Simply put, the book is a study of the cultural practices of markets and people in a quarter in Cairo created to contain workshops. The author deals in special detail with the role played by NGOs promoting international development.

The major problem with the piece so far as I was concerned is that while the findings on the el-Hirafiyeen quarter of Cairo are fascinating and indeed compelling, the larger claims are too sweeping and general to be effectively demonstrated by one particular case study. This is a case, yes, where the development project is deeply flawed, but it doesn’t necessarily indicate that the project itself is self-defeating in all instances, that its attempts to appropriate and financialize functioning local market practices are actually effective in dispossessing the locals, materially and ideologically.

All of which is a rather long-winded way for me to say that today’s discussion largely missed what were to me all the most interesting parts (the particular market practices, the particulars of the NGOs’ intervention), in favor of unanswered and likely unanswerable questions. There is areason why I majored in history, not philosophy, and this was not it.