I alluded yesterday to the fact that I’m not entirely thrilled with my current camera, an Olympus E-420. Truth is, it’s a far better camera than it has any right to be given the price, but I’d gladly pay double for something that got rid of my main complaints. Of course, Olympus doesn’t sell such a camera yet, and even the newly announced E-620 doesn’t fully address many of them.

2) The size. The E-420 is the size (and weight) a DSLR should be, which is to say a little smaller than my old Nikon FM2n film SLR. It fits well in my hands and it sits well on the shoulder even on all-day hikes.

3) The controls. Surprisingly for a camera with few hard-button controls, the E-420 is very easy to configure, and once set up requires menu diving only rarely.

4) Handy features. There are a lot. Mirror lockup. Sensor-cleaning (from back when such was rare). Live View with both phase detect and contrast detect autofocus. Really, there’s a lot there.

1) Noise. The worst problem is pattern noise (banding) at high ISOs (800+). This seems to be largely fixed with the E-620’s newer sensor. More pervasively though, the chip simply produces more noise than its competitors and even at low ISOs, raising the shadows in software reveals a lot of ugliness. And at lower ISOs, the E-620 looks like it may actually be *worse*.

2) The viewfinder. It’s *tiny*. All digital cameras I’ve tried pale somewhat in comparison to my venerable FM2n, but the E-420 is the smallest of any currently shipping DSLR and a good 40% smaller than that on serious amateur DSLRs like Nikon’s D90. And it makes accurate framing and judging composition a pain. Only one Olympus DSLR has a decent viewfinder, and that’s the big and heavy E-3.

3) Autofocus. In other than good light, it’s quite slow. The E-620 purportedly has a much faster version (with more AF points) derived from the one in the E-3. Good, right? Not exactly. The E-3’s AF is notorious for having accuracy issues. I’m hoping the kinks have been worked out, but initial indications aren’t encouraging.

4) Customizing the output. On the surface, there are a lot of options, but in practice, the level of customizability isn’t very impressive. You can’t upload custom curves. Color settings are limited to a few standard settings (Saturation, Contrast). The result is that the out-of-camera output can made good, but never truly great. This is in contrast to the D70 images I mentioned in the previous post.

2) The sensor size. Beyond the noise issue, the smaller 4/3 format sensor that Olympus uses has two primary effects: the aspect ratio of images is 4:3 and not the more common 3:2 and at the same aperture, you get more depth-of-field (DoF) than with competing DSLRs. In practice, I find both of these a nuisance. You can always stop down to get more DoF with competing cameras, but you can’t necessarily open up a lens more to get less DoF, as the lenses aren’t always that fast. As to aspect ratio, I shoot mainly landscapes, and 3:2 generally suits them better than 4:3, although for portraits and most print-sizes, 4:3 is probably better.

3) The lenses. What, again? Well yes, specifically the selection, or lack thereof. Only 3 companies make lenses for Olympus DSLRs: Olympus, Panasonic and Sigma, and the total number of current lenses is about 2 dozen. Obviously, this means there are holes. You want a fast normal lens? The only good one (Sigmas don’t count) is the big, heavy and expensive Panasonic 25/1.4. You want wider than 18mm EFL? You’re stuck with the (big, heavy and expensive) ZD 7-14/4. You want narrow DoF at wide angles? The ZD 14-35/2 is your only choice…

As a DSLR for travel and hiking, the Olympus E-420 (or upcoming E-620) is still the best option. It offers a nice mix of portability, quality and convenience for a reasonable price. For more general use, things are more mixed. For action or low-light, there are considerably better choices available. And for a little bit of everything? I’ve not quite decided…

(Parenthetical note: most manufacturers seem to believe that small DSLRs should be cheap and crippled, presumably to encourage upgrades. Were Canon or Nikon to change this attitude, and release the appropriate lenses, I suspect they would find a profitable largely-untapped niche.) 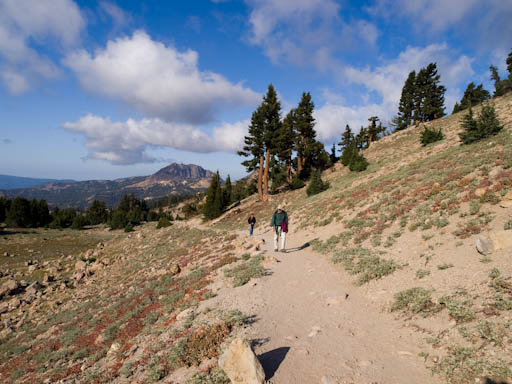 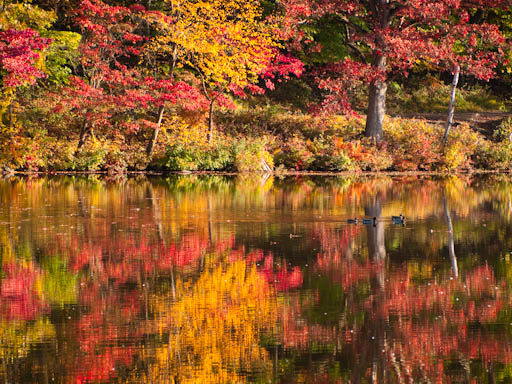