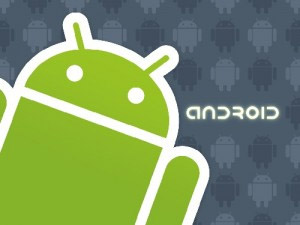 I’ve been curious about Google’s Android for some time.  Technically, it’s an interesting design – a curious amalgam of Linux, free software packages, and a custom Java runtime.  Moreover, unlike Apple’s iOS, Android isn’t a closed system.  You can more or less run whatever you want on the phone.  In fact last winter I installed an x86 port of Android in VMWare as part of a class project.

Meanwhile, my iPhone has remained essentially unusable at my apartment (thanks AT&T).

So when I found I could get a Nexus S with a prepaid phone plan that was both cheaper than my current plan and offered coverage at home, it seemed like a good idea.

The Nexus S is the closest thing to a vanilla Android phone that you can get.  Mine came with the latest revision of Android 2.3.  No special vendor customizations (read: additional junk) whatsoever.  The phone itself is a contemporary of the iPhone 4, which is to say a generation ahead of my old iPhone 3GS.  1GHZ processor, 512MB RAM, 16GB storage, 4.3″ 800×480 screen etc.

Unfortunately, nothing is ever as good as it looks on paper.

The biggest problem seems to be power management.  The battery doesn’t last more than 7 or 8 hours, even if the phone is basically on standby.  Using 3G or WiFi depletes the battery even more rapidly.  When using it as a phone, it gets uncomfortably warm to the touch.  Certain applications can have the same effect.

As to Android, the word I would use to describe the experience is ‘uneven.’  Some things work very fast and well.  Others don’t.  Many of the apps launch and respond quickly, but some do not, suffering from stuttering and periods of complete unresponsiveness.  After 4 major releases, I would have expected at least the default applications to be fully tuned for performance, but it doesn’t really feel like it.

Considering all the praise and attention Android has gotten, the overall lack of polish is a surprise.  A number of folks have criticized Android for borrowing many of its user interface elements from Apple.  From where I sit though, the problem is that they didn’t copy enough.  There is little consistency across different applications and the quality of the available applications is likewise highly variable.

After the first few days with the Nexus S, I wound up using my old iPhone for everything besides phone calls.  I suppose being more familiar with the device and software has something to do with it, but I did want to like Android.  And if Google spent more attention on the little ‘fit-and-finish’ details, and less on adding more whiz-bang features, I suspect we would all be better off.

Let’s not repeat the Mac/Windows saga (i.e. a mediocre product achieves marketplace dominance to such an extent that we all are forced to put up with its limitations because there is no viable alternative.