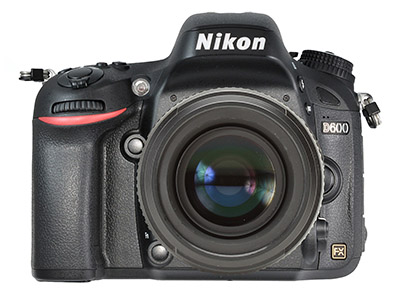 Timing in the world of electronics is a hard thing to get right.  Be too early and your product is liable to be an expensive oddity to most.  Be too late and you’re a ‘has been.’  And of course, it’s not as if it’s clear ahead of time where the rest of the world will be when you start working on a product.

This latter problem seems to be quite prominent in the case of the D600, Nikon’s newly announced full-frame digital SLR.  On the one hand, it is, almost point for point, the camera many people, myself included, were demanding 2 years ago.  24MP full-frame sensor with good noise control.  Check.  Near $2k price-tag.  Check Smaller, lighter body other full-frame cameras.  Check.  100% coverage optical viewfinder.  Check.  Ability to capture high quality HD video.  Check yet again.

So what then is the problem?

As a brief digression, it’s worth remembering that single lens reflex cameras have been around for more than 80 years, and dominated the serious amateur and professional photography market for more than half of that period.  Since the release of the Nikon F in 1959, SLRs have more or less pushed other camera designs, like rangefinders and TLRs, to the extreme margins.  The ingenious use of pentaprism and flipping mirror allowed the photographer to see almost exactly what the ‘film’ would be exposed to, and the rest is history.

In the past 4 years however, a new breed of interchangeable lens camera has come to the fore.  Mirrorless interchangeable lens cameras (or MILCs) dispense with the fancy mirror box and flipping mirror, instead using the digital sensor to record the image and transmit it in real time to the camera’s rear LCD or electronic viewfinder (essentially a tiny high-resolution screen that you hold up to your eye, like the old optical viewfinders).

Mirrorless cameras have many advantages, but the most obvious one is size.  There is no pentaprism.  There is no flipping mirror.  Bodies and lenses can be made substantially smaller as a result.  With automatic digital correction being applied on the fly, lens designs can be further simplified.  And there is almost no size penalty for including a good viewfinder.  Beyond that, there is the fact that the photographer sees pretty much exactly what the sensor sees in terms of exposure.  What SLRs did for accurate framing, MILCs are doing for accurate exposure.  While not of much interest to me personally, video is also far easier to implement with MILCs and generally works better.

The other big improvement over the past few years is in digital sensor technology.  All things being equal, larger sensors always have an advantage over smaller ones in terms of image quality.  They capture more light, and more light is always an advantage.  What has happened though is that while the gap has remained between larger and smaller sensors, the quality of both have improved tremendously, to the point that the advantages of the larger sensor are much harder for most people to see.  In some cases, they are in fact invisible.  Images that required a full-frame sensor to get a few years back can now be equaled easily with a camera using a sensor only 1/4 the size.  And smaller sensors of course allow for smaller bodies and smaller optics as well.

What this means for the intended audience of the Nikon D600 is that there are a number of excellent options that give good if not quite equal quality images, but are much smaller, lighter and even less expensive.  They also offer significantly simpler shooting experience in terms of exposure and video.   Naturally, this means that the proportion of folks who want to lug around a full-frame DSLR like the D600 is shrinking.

The D600 undoubtedly will sell well, but it’s hard not to feel that it is in some sense a dead end.  There are things DSLRs still do significantly better than mirrorless cameras, but it’s a shrinking list, and over time, the convenience of the smaller, lighter and less expensive mirrorless gear seems the way to go for the vast majority of people.

Personally, the D600 would have been a dream for me when I was shooting the D700.  Smaller, lighter, much better resolution and all sorts of other niceties, at a lower price.  But after 6 months of the convenience of mirrorless cameras, I’m not anxious to go back to a full-sized DSLR. Even to a great one like the D600.