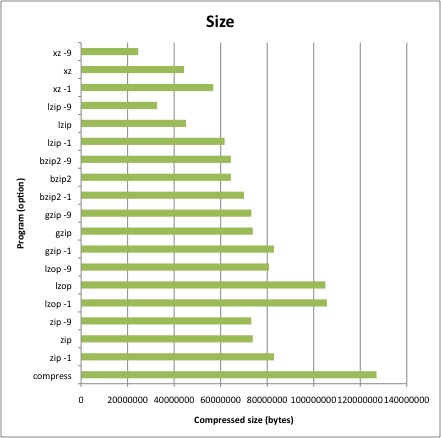 Clearly xz did the best job at compressing the file overall, with lzip slightly behind.  At the other end, compress was the least effective, and lzop wasn’t particularly effective either. 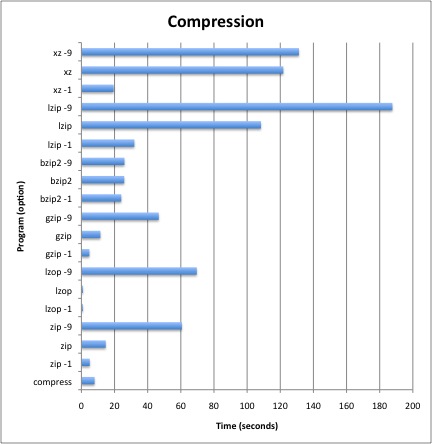 xz and lzip are certainly the slowest of the bunch, particularly above the -1 setting. 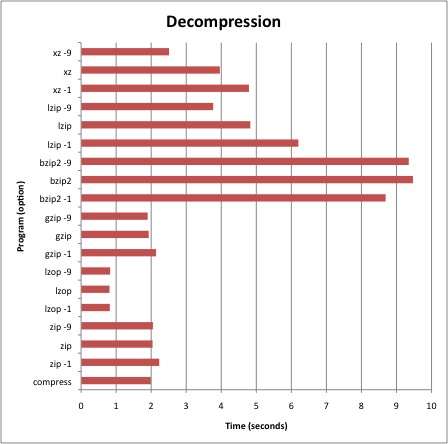 Interestingly, there is much less variation in decompression speed, with the obvious exception of bzip2.  lzip and xz are also fairly slow.  As advertised, lzop is the fastest, by a good margin.

This is only a single dataset, so results may well vary.  Still a few points stick out:

My take-away is that for archiving and transferring large files over the network, xz -9 makes sense.  For casually sending files, I’ll stick with zip as it’s fairly fast and by far the most compatible.