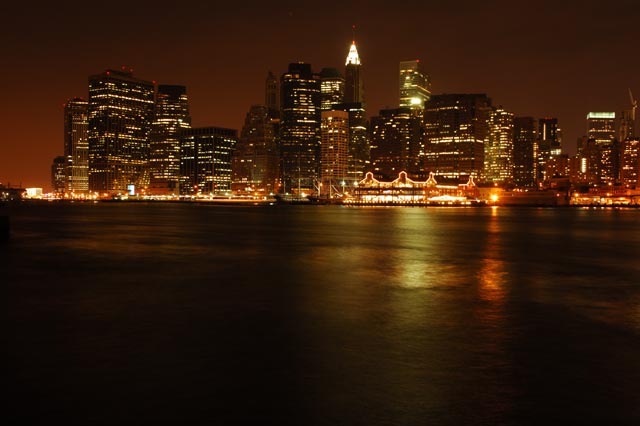 In the interest of getting some things done, we got up somewhat earlier than usual. Following breakfast, we drove down to the city. The idea was for me pick up the key to my apartment from the housing office, and to take a look, before heading off to a museum.

The plan was sound, except that getting the key took a bit more doing than I’d expected. First, the office in my complex was closed. So I was redirected to the undergraduate housing office (which is doing double duty this weekend, apparently). They then informed me that they didn’t have my key, because my assignment was so recent. So I was sent back to the place where I started, with a note to the effect that the RA should give me the spare key to the apartment. This too took some time, so I had a chance to get to know one of the doormen.

Finally, with my temporary key, I made a visit to my apartment for the first time.

Impressesions? Well, it’s actually pretty large, but the kitchen and the bathroom are both clearly later additions. It is a shared studio though, so there’s that. My roommate seems like a cool fellow. We have a bit of a view of the courtyard. The furniture provided is minimal: a bed, a chair and a smallish desk with drawers. Definitely going to have to get some stuff…

The museum, to which we next went, is actually a derelict aircraft carrier, the U.S.S. Intrepid. Getting to the parking lot took us 3 tries, owing to wrong turns, one-way streets, and so on. By the time we had actually gotten to the character, it was nearly 2PM.

The inside of the carrier has been mostly converted into showrooms for various technologies and historical models. Some areas have been kept in near original condition though, so you can see things like the berths and the kitchens and the control center.

To me the most interesting part was actual the deck, which contained a sizable collection of aircraft from all manner of sources. These included an F14, an SR71 and even a MIG-21! I spent a good while also taking photos of the city, since we had a decent view of midtown from the deck. My cousin was on ther other hand fascinated by the control-room.

Docked nearby were a Concord and a submarine. It was my first (and likely last) walk down the aisle of a Concord. A very peculiar aircraft on the inside. Neat, but one can also see why it wasn’t so practical. The submarine featured a full tour, which showed us the living and working quarters of the vessel. Not a comfortable life-style.

We left the museum after 5PM (closing time) having decided to go to Brooklyn to take photographs of the New York skyline.

On the way back down, we stopped on Broadway around 30th St., where we improbably found a parking spot. Dinner was two slices of pizza (each) at Sbarro’s. We had a view, through a plexiglass wall, of the subway platform, but the meal itself was somewhat disappointing.

Getting to Brooklyn proved a challenge. It was now past 7PM, and the traffic going down was horrendous. Moreover, we were trying to go over the Brooklyn Bridge, the entrance to which is not so easy to find either. It was past 9PM before we made it to Brooklyn, and managed to find another parking place. My cousin had his heart set on taking his photos from the quai near the ice cream place we’d seen earlier, so we had a bit of walk too.

The view of the Manhattan skyline was indeed impressive. There were a lot of other folks admiring it from the same location. We were there for quite a while, taking time exposures and whatnot. By the time we left, I was out of battery, and it was quite late. The drive back had less traffic, and was pretty much straight, but we didn’t make it back to my grandparent’s place until almost midnight. A long day, for our ‘intrepid’ crew.