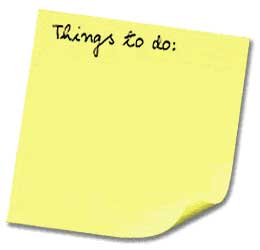 So I got up this morning with a rather extensive todo list. I’ve been in New York now almost a week, and tomorrow is the first day of classes. Still plenty to finish:

1) Go to Ikea, pick up all necessary items to furnish apartment (minus bed, table, and kitchen appliances which are provided).

Doing this took a fair bit. First, the nearest Ikea is about 40 minutes away, in Paramus, New Jersey. We left around 9:30AM, but made a detour, and so took almost an hour to arrive.

Once there, the place was a zoo. Picked out a small table and chairs for dining purposes. Picked out a smallish bookcase for storage. Then picked out all manner of kitchenware, a trash bin, a lamp, and a lot of other stuff. After some mixup about the chairs, we finally made it to the check-out line. The self-service checkout system was one of the more painful bits of technology I’ve had to deal with in a long-time.

This whole thing took a bit longer than hoped for, so we didn’t arrive back until nearly 2:30PM, a solid hour late for…

2) See a vast array of relatives, friends, and neighbors. Fortunately not everybody came, or the array would have been entirely too vast. Had a pleasant time catching up. People were more or less constantly arriving and departing. It was the usual mixture of eating, chatting, listening, and whatnot.

After the final wave of arrivals (including a relative from New Jersey whom I hadn’t seen in several years), it was time for…

3) Move down to apartment. Getting everything packed and into the car, not to mention saying goodbyes delayed us until nearly 8PM. The drive down was uneventful. In less than an hour we were down unloading. The help of the roommate made things a lot quicker. My father left around 10PM, leaving me the task of unpacking, and getting to bed. Wound up getting most things put away. We don’t have in-room internet, but there are some random wireless networks we can connect on. Finally went to bed around midnight.