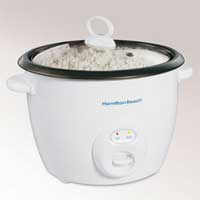 Morning was a little lighter than usual, only tried out one class. Lunch was toast and goat cheese. I’m still a sucker for baguettes, even if they cost more than twice what they did in Europe. I need to start eating more though, or they’ll go stale on me.

My first class in the afternoon dealt is the ‘problems and methods’ seminar. I envisioned it as a ‘literature-of-the-field’ type thing, and that’s roughly what it appears to be. For some reason, I found the professor quite a bit more encouraging today than last night. The reading list however is a lot vaster (in range, not quantity) than I was expecting. I’ve nothing against classical and medieval history, but it certainly isn’t the period that most interests me.

Oddly enough, the second class I went to seemed to have precisely the literature I was expecting (well, a lot of it anyway). The professor was also very lively and amusing, although she also seemed very busy, so I’m not sure if one will be able to see much of her outside of class. The topic of the class actually seemed a little vague (the intersection of culture with politics and history in the Middle East?), but I doubt it will actually be so.

Got back to my apartment rather tired in the evening. Lots of unaccomplished errands remaining, but for now, time to try out some of the rice that is the product of my roommate’s new rice-cooker. The rice was decent, but the vegetables we put into the cooker were definitely overcooked. Also, the cooker isn’t particularly fast.

Theoretically, my father and cousin arrive back home tonight, but given the length of the flight, and time difference, I’ll be in bed before any news gets through.