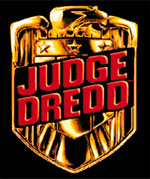 The most irritating thing about jury duty isn’t what you do, but what you don’t do. Consider that you’ve been told to appear at a place a good 45 minutes distant from where you are. Consider that you are to appear there by 8:30AM, having driven that distance, personally met a large portion of the morning rush hour commute, failed repeatedly to find parking in the assigned lot, and had your miniature pocketknife confiscated by security after passing through a metal detector. Consider that you then sit for nearly two hours, doing nothing, and are subsequently told that your presence is not needed, and you can go home, having had no more interaction with the ‘justice’ system than checking your name off a list at arrival.

The jury waiting room was packed with at least 300 people, presumably there for the same reasons. I had the benefit of a nice book to read, but this was offset by a disturbingly loud TV positioned directly at the front of the hall. Thus try as I did, Orhan Pamuk and Istanbul (thanks, Dad) did not receive their due attention. Initially, we were to be sent off to the court at 9AM, but that was postponed several times. Finally, after the third or fourth postponement, we were informed that due to an unavoidable delay, the case we had been brought for would be starting in a few weeks, and we could pack up and head home. I guess I missed out on some manner of murder trial.

Still, that left me a nice, uncluttered afternoon, so what with the continuing clear weather, I made another go at Montara mountain. Let it be said that hiking alone is a particularly bad idea for me. I have no sense of pacing. I set unrealistic goals. I don’t rest. Thus my first (solo) Pyrenees trip in 2005, for example, saw me start by hiking nearly 8 hours straight, with virtually no rest, up 1700 meters, more than 300 meters of it through deep snow. I wasn’t exactly in top shape beforehand either. Montara mountain, to its credit, is only 2 miles each way (and 550 meters elevation gain), but what with trying to get up and down each in under an hour, and contending with blisters from yesterday, it still took some doing.

So I broke my personal record, got really sore feet, and basically jogged back down (which proved both faster and easier than standard walking). The rest of the afternoon was comparatively unexciting, as I continued to negotiate with virtual machine oddities and the fact that Lightroom (which I organize my photos with) is a RAM pig under Windows.

In only marginally related news, I should mention that my two all-time favorite bloggers have both quit blogging. The inestimable Billmon, at whose virtual Whiskey Bar I was constantly astounded to find clear, cogent, and frequently wickedly funny analysis of the worlds events, has apparently deserted us. His disappearance is a reminder of just how stupid and banal much of the politically-oriented blogosphere is. Sorry Markos Moulitas (Daily Kos) but you’re no Billmon. Simultaneously, Michael BÃ©rube, the Penn State Lit. Professor whose sumptuous prose and show trials have undoubtedly encouraged the admiration of many, is closing up the blog for better things.

Billmon and Michael, your words (and, indeed, even thoughts) shall be missed.