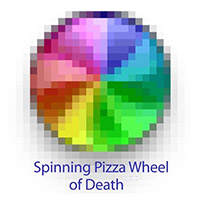 I’ve been using Adobe’s Lightroom image processing software since pretty much the very first beta release to organize and edit my photos.  On the whole, it’s a well laid-out application with a number of very useful features and it’s capable of producing excellent quality output.  That said, using Lightroom has always been an exercise in patience.  It’s simply not a very fast program.  For bulk tasks like exporting JPEGs from RAW images, that’s not a problem – you get it started and go off and do something else.  But when editing individual images starts to bog down, it’s a lot more frustrating.

The sluggishness has been particularly noticeable since I got my (16MP) Olympus E-M5 this summer.  The files aren’t that much bigger than those from my older 12MP cameras, but for whatever reason, editing them has been a lot more painful.  So in a fit of frustration, I finally broke down and ordered an SSD (solid state drive) for my main computer.

Mind you, that computer is fairly well specified.  While not strictly state of the art, it does boast a 4-core processor of the first-generation Intel Core i7 variety, running at a respectable 2.8GHZ, not to mention 6GB of memory, and a fairly fresh installation of the latest MacOS X Mountain Lion.  But after hearing numerous reports about how much of an improvement SSDs are over regular spinning platter hard drives, getting an SSD (I chose a Corsair Force 3 120GB model) seemed a logical move.

Once I had the SSD installed in the computer and hooked up, I immediately copied over my images and database and fired up Lightroom.  And of course, nothing was in the least bit faster.  Or rather, the frequent sluggishness in the editing module appeared unchanged (other things, notably browsing the catalog, seemed a bit faster).

Of course after all that work, I went and did some reading to discover that my experience was pretty much normal (SSDs don’t do much for general Lightroom performance).

What does this have to do with Amdahl’s Law?  Well, Gene Amdahl was a mainframe architect at IBM who rather famously pointed out (in reference to parallel computing) that the maximum speedup from speeding up some operation is limited by the amount of overall time that the operation takes.  In my case with Lightroom, it appears that disk operations were not a significant part of the program’s running time when editing photos.  As a result, while I have no doubt that the new SSD is vastly faster than my old hard drives, it makes very little difference for the problem I had originally hopes to solve.

On the bright side, my Huffman program is now about 2x faster on large files.