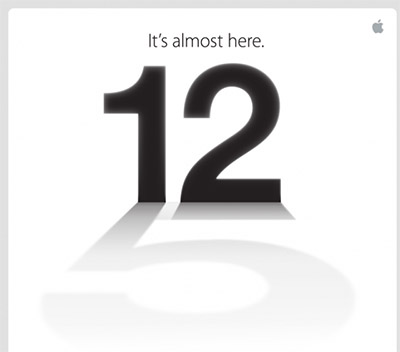 So according to the pundits, Apple’s iPhone 5 is a massive disappointment because it doesn’t offer a completely new body design. And uses a different dock connector.  And doesn’t make toast.  Or something.

Look – I understand that the press can’t just go around saying nice things about Apple constantly.  There is a rather vocal legion of people who have a visceral dislike for the company and are liable to make lives unpleasant if the press is insufficiently ‘critical’ of new Apple products.  That said, it all seems a bit thin.

What Apple did is more or less what they have a history of doing since the beginning of the Steve Jobs era – taking a successful product and improving it (or trying to).  They’ve never followed the approach of competitors who change their designs 180 degrees every two years.  Does this mean that they’re getting lazy and uncompetitive?  I guess that’s one way to read it.  But as a consumer, I find it refreshing not having to relearn everything each time I update. Familiarity is (generally) good.

From where I sit, the only item that I really would have appreciated an improvement that didn’t get one is the camera. True, they claim to have improved noise reduction, added automatic panorama stitching and built-in a special low-light compositing mode, but the actual hardware hasn’t really gone anywhere.  A zoom lens, or one with super-high resolution and pixel binning, like Nokia’s 40MP solution, would have been welcome.  That said, there are certain physical constraints they’re working with, so it’s hard to be too disappointed.

If you compare Apple with the likes of HTC or Nokia or Samsung, what’s striking is that they don’t bombard you with a plethora of new models every year.  If anything, I wish others would adopt that approach.  Rather than creating ‘new’ devices every 4-6 months, each with new and unique problems and complications, better to get an existing design ‘right’ through incremental improvements over an extended period.

Actually, the largest drawback remains being stuck with the likes AT&T or Verizon for 2 years, at $70+/month minimum for voice and data.  But that’s not exactly Apple’s fault. At any rate, my iPhone 3GS is well on its way toward retirement (I did manage to ‘fix’ the headphone jack though – removed lint that had been embedded over a year), so an upgrade is looking attractive.